I just published a new update for Mask Up: 5.0. It is available right now on Windows (Steam & itch) exclusively as a thank you for those of you who purchased the game. The update will be released in the following weeks on android. [Update: it has now been released on android as well]

The biggest addition is a new playable form, that should settle the "which form is the best" debate once and for all.

This new form can only be achieved when filling up the juice bar in human form next to the statue depicted above. I gave it a feminine look, as this form is a counterpart to the "buff form", which was more masculine. In this form, you can shoot juice projectiles that move toward enemies automatically. But be careful, as each shot will cost you a good chunk of juice. If you lose the form, you'll downgrade straight to the slug form. I even made you a chart, because who doesn't love charts: 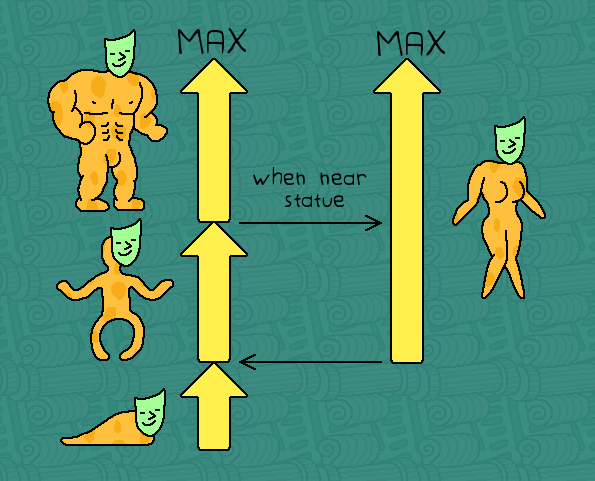 Along with the new form, I also added a few bonuses, like a new shop item, but I'll let you check it out for yourself.

I also took some time to improve existing aspects of the game. Here a list of smaller changes I made:

New form means new music! I asked my talented friend PeKaNo to remix the main theme one more time for this new form. They actually created two completely different tracks, both differently amazing. You can hear one of them when playing as the new form. The other one can be found as a bonus track in the album. Yes, we're also releasing an album of the Mask Up soundtrack! It features 10 tracks. Many thanks once again to PeKaNo and meliméa for their work on the music. It should be available on various streaming plateforms in the following weeks. I created a special cover for the occasion: 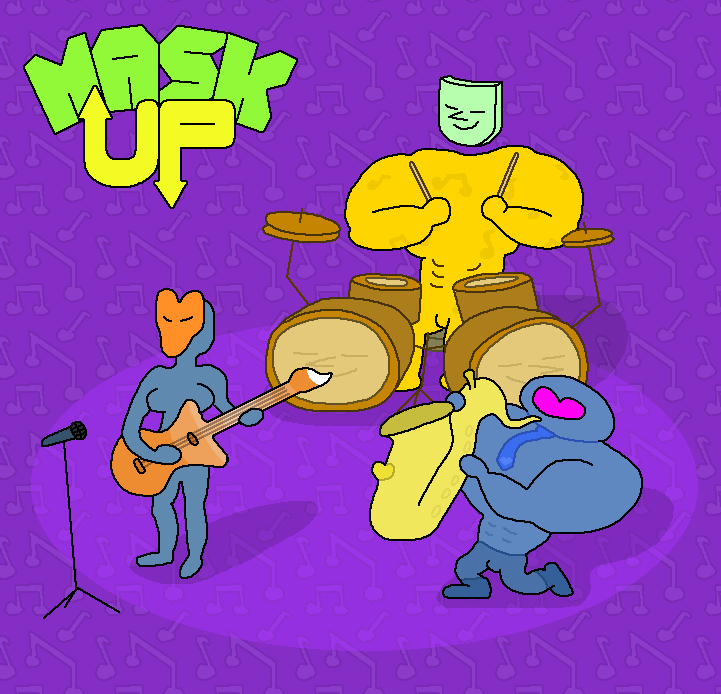 And that's a wrap for this update. I don't have new content planned for Mask Up currently, but please stay tuned for future informations here on itch, on the discord server or on the telegram channel. Thank you for reading!